A few lines from a poem I penned a year ago today caused me to reflect upon the process of the election and it’s effect on us all, “Is the desire, the need for change so great,
That we condemn our children to a new world of hate?!”

In retrospect, I don’t feel that it is one election that does that. That poem was part of a knee-jerk reaction that has been common in almost ALL Americans, no matter what color, red or blue, that your state or your voting was tinted. I say this because I have been the online target of a few reactions as well. When I chose to use the name of the president of my country in a title of a blog piece, using a technique we were learning in my college class, I endured judgement and ridicule from people who didn’t even bother to read the article I wrote. 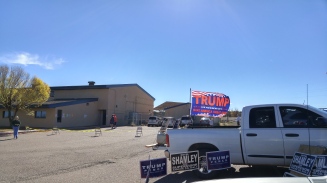 In spite of my poem from last year when I expressed my frustration and personal dislike of the lows that the republican debate had reached, the ENTIRE political process was frustrating and disgusting me all through the election. I feel much the same about it now: Disgusted.

This morning when I went into the local library in Savannah, Georgia, my arms and hands loaded to my limits with my computer bag and backpack, my journals in my arms; a woman smiled and greeted me as she came into the elevator. Her smile was beautiful, her greeting cheered me up. I knew I was going to write about the anger and hate and bullying that is prevalent right now online, and it was her mood that influenced mine for the better. How? She smiled at me. She said, “Hello, how are you this morning?” I answered back in kind. It was nice. But why is any of this important??

I see and feel the online community becoming more and more quick to judge. When I used the alliteration technique I was practicing for school to title a blog post, I was removed from a Mormon group on Facebook (1 Million Mormons on Facebook.) The ONLY reason for my being banned from the group is that one of the moderators had read “Trump” (the name of the current president of my country) in the title of a blog piece I shared and had unequivocally decided that my blog piece was of a political nature while failing to even read it.

There were comments from many other people who I have come to call “Trumpeteers” because of their quick to comment and berate attitude when I used the name of the president. I know there are many people who are arguing that he ISN’T THEIR president, but the fact remains, he is currently in that office. Why don’t I have every right to use his name? I am an American. I never saw this type of “blind reactions” when Obama came into office. But then again, I didn’t write him into my blog titles either. I hadn’t learned the techniques that I learned last term in my college classes to get more views, yet.

The increased visibility of my writing is WHY I feel that I have gained a larger amount of negativity. I had come from a place where my writing only reached a personal audience, but the more I share it into the online world at large, the more of all types of reactions I have received. 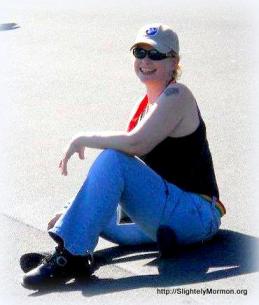 I have known and still KNOW I have my “personal haters”… a group that has been following me and increasing with every failed relationship. Apparently I have had a “type” for the last few years: I seem to have liked men who were loud online and failed to have any redeeming quality in person. All bark, no bite. They both had MANY followers in social media. A group of them have been attacking my posts and me by email. I guess they fail to understand that their “hits” on my page count just as well as any who enjoy what I write. As it has been said, “there’s no such thing as bad publicity.” Or is there?

Although I have GENERALLY noticed an increasing amount of bullying and hate online, I can NOT say that it is coming entirely from one faction or another. It is as if people have forgotten that on the other side of that computer screen is a PERSON, regardless of their political stance! Did we, as Americans (I AM noticing that this contentious behavior is MOSTLY from people in my own country!!!) get so damaged and affected by the propaganda involved in the electoral process in these last years that we have FORGOTTEN how to treat one another?? Have we forgotten that “Golden Rule,” that is differently worded, but included in EACH and EVERY religious and spiritual practice, “Do unto others as YOU WOULD HAVE THEM DO TO YOU???” Where are our MANNERS? Where is our tact? Where is our compassion? Are we just out to attack when we see something that comes close to almost offending us? Have we, as a country, been reduced to being “keyboard warriors?”

In a series of tweets and posts over a 8 hour period of time prefacing the writing of this article, I made the following statements:

“I’m thankful that the real world has not yet become as angry and hateful as the online world. I fear the day when it does.”

“Digital world vs #bootsontheground, what is reality and what is a carefully orchestrated PR scheme? #TrumpsAmerica #social”

“I fear the day when we are as thoughtless and mean in person as we, as a people, can be online #depersonalization #bullying #BeNice #love”

The comments that I received made me overwhelmingly sad. Over and over again it was stated that the “real world” is as nasty to live in as a world filled with keyboard warriors ready to pounce on our every word or statement. But I have not experienced that. Those were comments from others that I had not found true in my travels in the past 4 months through Washington state, Oregon, California, Utah, Idaho, Colorado, Arizona, Texas, New Mexico, Alabama, Louisiana, Florida or now, Georgia. Not one bit. 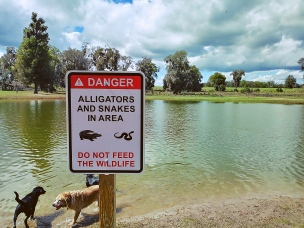 It could be argued that I haven’t experienced discrimination or nasty people being mean in person because I am not of a certain group or another. I beg to differ. I am a mentally and physically disabled older woman who is currently without a roof to call her own. I am in the public CONSTANTLY: gas stations, public libraries, stores and dog parks. Yet, I am a member of one of the most feared and hated groups in the country: The mentally ill homeless. Oh, I am also of a VERY fair complexion. So fair, in fact, that the wonderful woman who said “hi” to me this morning and I were at the OPPOSITE range of tints in our skin tones. Did that make what she did any more or less important? Probably not. I felt it nice to have someone reach out to me. I have noticed in the past when I travelled in the south it was very discouraged for me to speak first to someone who wasn’t my race. I got stared at in Obama’s America for initiating conversations with other races in the South. In Trump’s America, that hasn’t happened, yet. Interesting change … or was it the time that passed between my trips… or was it simply different people in different areas?

If you doubt that I have had the OPPORTUNITY to experience discrimination in my travels, let me add that throughout the states of Washington, Oregon, California, Arizona, TEXAS, ALABAMA, LOUISIANA and Florida, I was travelling with a VERY openly OUT Gay young man. Jacob was acting as my friend, companion, assistant and photographer, we were travelling in close proximity to one another. I remember him remarking how Texas was not at all what he would thought it would be. Then there was the service he offered at the Houston LDS Temple to a couple of Patrons after he took a few photos for me. Not one time, not in ALL of the south, did either of us experience ANY hate words or worse. NOT ONCE.

My friends from the northwest are relaying stories from travellers heading north that the northwest, once known for it’s welcoming nature, has become angry and gloomy as a society. If that is true, it saddens me greatly.

It is my PERSONAL belief that what we give comes back to us, sometimes many times over. I have yet to experience leading with a smile or a friendly comment that hasn’t been returned. Not once. I have had a couple of incidents where I have even been involved with law enforcement in these 2800 miles. All were in Florida where the homeless population bursts at the seams with northerners so poor that the gas to go south was cheaper than heating whatever shelter they had or didn’t have for the winter. I can say unequivocally that even THOSE experiences were not unpleasant. Just officers doing their jobs. They gave me information that I didn’t have and they were as pleasant as they could be in carrying out their duties.

I am hopeful that somehow as a nation we can heal. Perhaps even as a world. But that may be just a dream. I am a dreamer though, and I will gladly keep dreaming that particular fantasy. I will continue to spread love and light with my smile and my words whenever I possibly can! I will LOVE my neighbor. I will be the most positive that my broken brain can manage on any given day. I WILL be part of the change we NEED.